SEALAND, HAVENCO, AND THE RULE OF LAW

SEALAND, HAVENCO, AND THE RULE OF LAW

In 2000, a group of American entrepreneurs moved to a former World War II antiaircraft platform in the North Sea, seven miles off the British coast.  There, they launched HavenCo, one of the strangest start-ups in Internet history.  A former pirate radio broadcaster, Roy Bates, had occupied the platform in the 1960s, moved his family aboard, and declared it to be the sovereign Principality of Sealand.  HavenCo’s founders were opposed to governmental censorship and control of the Internet; by putting computer servers on Sealand, they planned to create a “data haven” for unpopular speech, safely beyond the reach of any other country.  This Article tells the full story of Sealand and HavenCo—and examines what they have to tell us about the nature of the rule of law in the age of the Internet. The story itself is fascinating enough: it includes pirate radio, shotguns, rampant copyright infringement, a Red Bull skateboarding special, perpetual motion machines, and the Montevideo Convention on the Rights and Duties of State.  But its implications for the rule of law are even more remarkable.  Previous scholars have seen HavenCo as a straightforward challenge to the rule of law: by threatening to undermine national authority, HavenCo was opposed to all law.  As the fuller history shows, this story is too simplistic.  HavenCo also depended on international law to recognize and protect Sealand, and on Sealand law to protect it from Sealand itself.  Where others have seen HavenCo’s failure as the triumph of traditional regulatory authorities over HavenCo, this Article argues that in a very real sense, HavenCo failed not from too much law but from too little.  The “law” that was supposed to keep HavenCo safe was law only in a thin, formalistic sense, disconnected from the human institutions that make and enforce law.  But without those institutions, law does not work, as HavenCo discovered.

Death of a data haven: cypherpunks, WikiLeaks, and the world’s smallest nation

How to Start Your Own Country 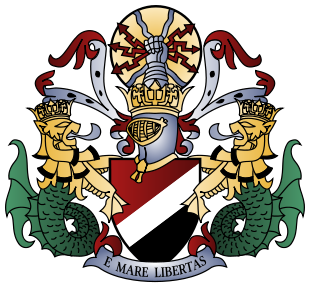 Posted in Uncategorized | Comments Off on SEALAND, HAVENCO, AND THE RULE OF LAW

Chief Justice Rehnquist, responding to the majority opinion in Daubert, was the ﬁrst to express his uneasiness with the task assigned to federal judges as follows: “I defer to no one in my conﬁdence in federal judges; but I am at a loss to know what is meant when it is said that the scientiﬁc status of a theory depends on its ‘falsiﬁability,’ and I suspect some of them will be, too.” 509 U.S. 579, 600 (1993)(Rehnquist, C.J., concurring in part and dissenting in part). His concern was then echoed by JudgeAlex Kozinski when the case was reconsidered by the U.S. Court of Appeals for the Ninth Circuit following remand by the Supreme Court. 43 F.3d 1311, 1316 (9th Cir. 1995) (“Our responsibility,then, unless we badly misread the Supreme Court’s opinion, is to resolve disputes among respected,well-credentialed scientists about matters squarely within their expertise, in areas where there is no scientiﬁc consensus as to what is and what is not ‘good science,’ and occasionally to reject such expert testimony because it was not ‘derived by the scientiﬁc method.’ Mindful of our position in the hierarchy of the federal judiciary, we take a deep breath and proceed with this heady task.”)

Introduction from the above link.

A number of web-scale identity proposals start by creating a new identity token – for example a user ID or personal URL – and go on to describe how to use that token to authenticate the user. What we’ve learned from several years of experience with OpenID (and related protocols) is that this isn’t quite good enough: establishing an identity token, in isolation from the rest of the web, doesn’t actually help a site engage with its users.

This proposal instead focuses on an identity that is universally understood and useful for users and service operators: the email address. Email is already a fully-distributed system, with millions of participating hosts and billions of accounts. It is deeply interdependent with the Domain Name System, which provides a globally-distributed name lookup system. It is understood that a single human may have more than one address, and that an address may represent shared authority between several persons. Email already supports pseudonymous identity, through anonymous remailers. And, most importantly, users understand what an email address represents.

It is understood that “alice@site.com” means that there is a person, here called “alice”, who has agreed to trust “site.com” to test her identity and to act as a secure relay for messages. The fact that we use this identifier only for SMTP mail delivery is an accident of history; there is no reason we can’t bootstrap from this identifier to other protocols (as recent proposal like Webfinger have made clear).

Posted in Uncategorized | Comments Off on Mozilla VerifiedEmailProtocol : Better than OpenId?

The Poona guide and directory Published 1922 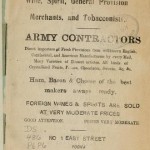 do you have machines there where I can put in a paper document, push a button or two, and out will come copies of that paper document also on paper? Do you have such a machine?

Posted in Uncategorized | Comments Off on do you have machines there where I can put in a paper document, push a button or two, and out will come copies of that paper document also on paper? Do you have such a machine?

Posted on February 10, 2011 by gneel
Posted in Uncategorized | 15 Comments

Welcome to WordPress. This is your first post. Edit or delete it, then start blogging!